Disjointed on NETFLIX - putting cannabis in the spotlight

Disjointed is a NETFLIX show with a good premise.

A hippie mother who used to fight for cannabis legalisation is trying to find her place in California's newly created legal cannabis market. She does so by opening a medical cannabis dispensary, where every customer gets welcomed with friendly "how can I heal you?" and where a mix of various young characters meet and work.

Cannabis, and its consumers, seem to be easy targets for a comedy show.

The creators of Disjointed try to bring us a slightly unusual and more "out there" sitcom than what we are used to. With the man behind the show being the hitmaker Chuck Lorre, responsible for top-rated shows like Dharma & Greg, Two and a Half Men, and The Big Bang Theory, NETFLIX assumed Disjoined would be an instant hit.

The main actors of the series

The show's central character is Ruth Feldman. The role is played by the famous, award-winning, and always pleasant to watch Kathy Bates. You probably know her from her serious work (Misery) or comedy shows and movies like NETFLIX's Tammy (with Mellisa McCarthy).

Kathy Bates is a good choice for a sitcom. Her portrayal of Jo Bennett on the American version of The Office was a hit. She played a strong and successful businesswoman who loved money, private jets and printers. In short, she played someone that Ruth Feldman would definitely not be friends with.

Ruth is the heart of the dispensary (hence Ruth's Alternative Caring) and a mother role to all the employees. The one person who might feel her maternal love the least is her son, Travis, who she claims "just came back from the dark side." The dark side being him getting an M.B.A. degree.

Travis' father is not a character in the show. He is a former member of the Black Panther Party, now climbing the career ladder in big pharma and enjoying the new life that comes with the career. An obvious betrayal from what Ruth believed to be their shared values. It is safe to assume he would have had a much easier time getting along with The Office's Jo Bennet than anyone at Ruth's Alternative Caring.

Ruth's son, played by Aaron Moten, seems to be the only team member who fully understands that Ruth's Alternative Caring is a business, not a hobby or a non-profit.

Who are the side characters?

There are also several other characters, many of them a little superficial. For example, there is Jenny (Elizabeth Ho), whose main storyline is that she's hiding her cannabis career from her conservative parents, and Olivia (Elizabeth Alderfer), who's Travis' love interest.

Carter (Tone Bell), the security man, is a side character that has the most exciting storyline. While many of the jokes in the show focus on slapstick humour related to getting (cannabis-induced) high, the security man focuses on the medical properties of cannabis.

Carter, who suffers from post-traumatic stress disorder, is not on board with cannabis, even though he works at a dispensary. Nevertheless, after being constantly exposed to cannabis and an array of cannabis products, Carter ends up on a brief journey of self-discovery and slowly changes his attitude towards cannabis. This transformation allows the show to explore the benefits medical cannabis may have on people suffering from certain challenging conditions, such as PTSD.

How was the NETFLIX show Disjointed received?

Before you get too excited and turn on your TV to watch Disjointed, you might want to know whether it's actually worth your time.

What do the critics and the audience say? And why do they have such a strong opinion?

What do the critics say?

While the show's premise was generally considered promising, the end result did not meet expectations or as much enthusiasm as the creators had hoped for.

When it comes to Disjointed, critics agree. Kathy Bates is worth watching. The show is not.

According to critics, the show is boring and predictable. The topic of cannabis is explored in an extremely shallow way, and the jokes are outdated, resembling humour from the early 2000s.

The storyline also leaves a lot to wish for. It is not captivating, and it does not drag you in, as there is not that much of a story to start with. The show seems to have no saving grace, as it's filled with puns, random comic videos, and cheap shot jokes (think bodily fluids). As stated by Chris Osterndorf, the characters are simply caricatures, and the show is offensive to cannabis users.

What does the audience say?

The critics hate it, but what does the audience have to say?

With only a 19% score from critics on Rotten Tomatoes (a website widely used to score various tv shows and films), the show got an impressive 85% score from the audience. That's only 9% less than Friends!

But this score does not seem to reflect the actual reception of the show. The numbers of views speak for themselves, and they don't look good. NETFLIX has access to the data that any regular TV channel could only dream of, and the numbers couldn't have been that good - the show got cancelled after the first season.

If there is one thing we can be sure of, when NETFLIX gets a hit, it sticks to the clicks and doesn't cancel the show.

Top or flop? How does the production influence the image of Cannabis & CBD?

Putting a cannabis-friendly show on NETFLIX seems like a good way of making people more comfortable with cannabis altogether.

Yet, to really achieve this, the show would need to explore cannabis in a more profound and modern way than Disjointed does.

The humour used in Disjointed can only be compared to the old school "stoner" jokes associated with movies like 'Dude, Where's My Car?' or characters like Leo from 'That '70s show'.

Saying that not everything has to be a masterpiece. This is an easy and predictable show that you can easily watch with your parents, aunts and uncles, and maybe even your grandparents.

It is also a great starting point for discussing cannabis, CBD, hemp and any other products that people around you might benefit from but are afraid to try.

Disjoined is neither very funny nor innovative, but it is there. And while this is probably not the review a show is looking for, its predictability makes it a safe watch and a great conversation starter. And when it comes to cannabis, those conversations matter. Even if they are about all the things Disjointed got wrong about cannabis. 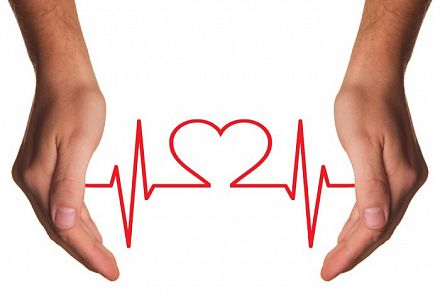 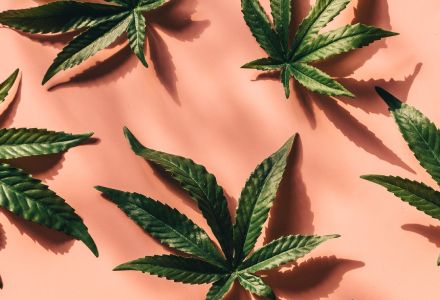 CBD & hemp knowledge & lifestyle
29.06.2021
Cannabis Sativa, Indica & Ruderalis easily explained
Created by Mother Nature, cannabis has been around on this planet for thousands of years. Throughout that time, it has managed to develop multiple qualities. 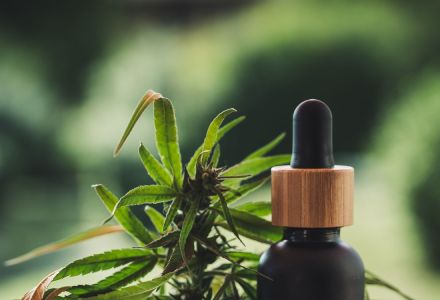 CBD & hemp knowledge & lifestyle
25.06.2020
CBD Spectrum Explained: Full Spectrum vs. Broad Spectrum vs. Isolate
Have you ever tried buying CBD oil but then quickly became overwhelmed by the vast choice? If the answer is yes, then you are not alone.