May - The Mental Health Awareness Month

Every year, millions of people involuntarily have to deal with the issue of mental health. Especially within the last few years, since the beginning of the pandemic, the search for therapy places has skyrocketed. The pandemic has more or less taken us all out of life as we knew it before. However, the crisis did have one good thing: The topic of mental health has received much more attention in the media, which has helped to destigmatize and raise awareness of the issue, since there are still so many people affected today who are ashamed of their mental health problems and do not dare to confide in anyone. Mental illnesses should be taken just as seriously as physical complaints. After all, if you had a broken leg, you wouldn't think twice about going to the doctor. Due to the ongoing stigmatization and taboo, Mental Health Awareness Month was initiated. The aim is to educate society about mental problems and to dispel ignorance - until a mental illness is hopefully taken as seriously as a broken leg one day.

The background to the Mental Health Awareness Month

Mental Health Awareness Month was established in 1949 by the organisation Mental Health America (MHA). May was intended to be a month of education and awareness around mental health.

Who brought the idea to life?

The founder of this association was Clifford Whittingham Beers, who was born in Connecticut in 1876. It was important to him to raise awareness about this issue because he and his four other siblings all suffered from mental health problems. Beers therefore made it his mission to ensure that those affected no longer felt alone and could speak freely and openly about their problems.

Numerous countries jump on the bandwagon

Numerous member organizations of the MHA, but also many other associations around the world, use this month to organize activities to raise awareness of mental health.

What is mental health?

But what exactly is mental health? First and foremost, our mental well-being is considered the foundation for quality of life, performance and social participation. Mental health is a state of well-being in which someone is able to utilise their abilities and cope with the normal stresses of life. Mental disorders on the other hand, refer to a state of mental well-being in which a person is often limited in their life by a combination of stressful thoughts, emotions, behaviours and relationships.

The number of people affected is huge!

More people struggle with mental health problems than one might think. The most widespread illnesses include depression, anxiety disorders, dementia or addiction. According to WHO estimates, the prevalence of mental disorders in the EU in 2015 was around 110 million, or 12% of the total population. Among them, about 44.3 million people suffer from depression and 37.3 million people from anxiety. The number of unreported cases is probably much higher. Mental health is not only impaired when one suffers from a severe mental disorder, but also when one notices slight limitations in one's mental well-being.

If left untreated, mental illness can have significant individual and societal consequences - even physical health can suffer from mental health problems. Psychological problems are as individual as the people affected themselves.

What influences our mental health?

Our mental health and well-being are influenced by various factors. On the one hand, our individual characteristics play an important role. This means genetic and biological characteristics of an individual, as well as emotional and social intelligence. A second factor is the environmental factors, i.e. access to basic facilities, cultural beliefs and social and economic policies. The third major characteristic area is characterised by social circumstances, i.e. the socio-economic status of the household, as well as living, educational and working conditions. The possibilities for shaping one's own life, educational opportunities and job opportunities can also have an enormous influence on mental health. So you can live exactly the same life as someone else and still struggle with mental health problems, simply because you have a different disposition. Whereas one person's life may be wiped out by a stroke of fate, another person may be able to cope comparatively well. Everyone reacts differently to events and happenings. The causes of mental problems are therefore highly complex and individual.

Mental illnesses are usually not simply cured quickly. There are far too many influencing factors that we cannot control - our genetics or childhood events, for example. Therefore, it is even more important to seek professional help if you can't find a way out of the thought spiral for weeks. It's a different story with depressive moods. We all have a bad day or a bad week because something is not going the way we want it to. In such cases, small tips and tricks that you can easily apply in everyday life can already provide relief.

Exercise is good for our psyche - this has even been scientifically proven. Our diet also has an influence on our mental health. These are factors that we can actively influence to keep risk factors to a minimum. Another important factor for mental well-being is sufficient rest and as little stress as possible. This can also be tackled - for example with CBD oil. If the hectic everyday life once again raises your stress level or you can't relax in the evening because the mental carousel just won't stop, CBD can help you to relax and regain your inner balance.

Pay attention to your mental health!

Mental Health Awareness Month aims to help raise awareness about mental illness. This is not only important to eliminate stigmatization and prejudice, but also to recognise certain symptoms as soon as possible and thus take timely action. The earlier one starts to get professional help, the easier it is to avert a mental illness. Talking about it is the most important thing in the first step. If you still feel insecure, it is already incredibly helpful to confide in friends or close family members. If you can't talk about it yet, there are also help services on the internet where you can chat anonymously with someone who can then show you further steps. The most important thing is to deal with it and take your psyche seriously. Often mental problems are played down like "Oh, I'm not in such a bad place that I need a therapist". It is better to talk about it once too often than once too little. You are worth getting help when you need it.

Do you feel like you're in such a bad place that you can't take another day? That you need help right now? Don’t worry, you are not alone with that. Fortunately, there are some free instant help services you can contact immediately. 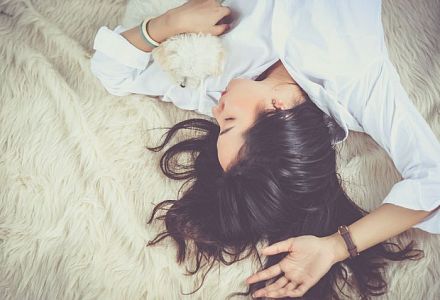 CBD & hemp knowledge & lifestyle
10.05.2022
5 simple exercises for better sleep
To sleep well is crucial to our physical and mental well-being. But what can you do to make it easier for your body and mind to drift off? We have 5 simple but effective exercises for you, and many of them are much easier to implement than you think. 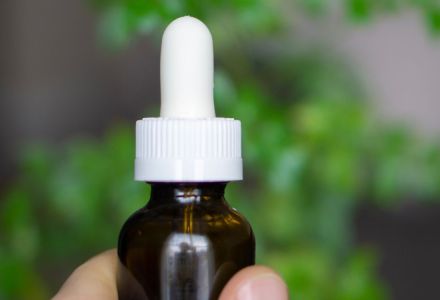 CBD & hemp knowledge & lifestyle
30.05.2020
Hemp Oil for your skin - the latest Beauty Trend
Hemp oil is considered a new trend in the beauty industry. Because it is so rich in vitamins, minerals and unsaturated fatty acids, the oil is perfect for skin care products and cosmetics. 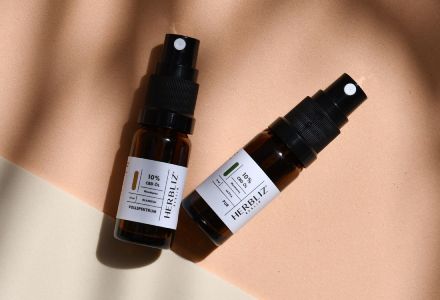 CBD & hemp knowledge & lifestyle
30.05.2020
Starting out with CBD - A Beginner's Guide
Are you new to the world of CBD? This beginner`s guide tells you everything you need to know about cannabidiol. Find out what you have to consider when buying CBD products.