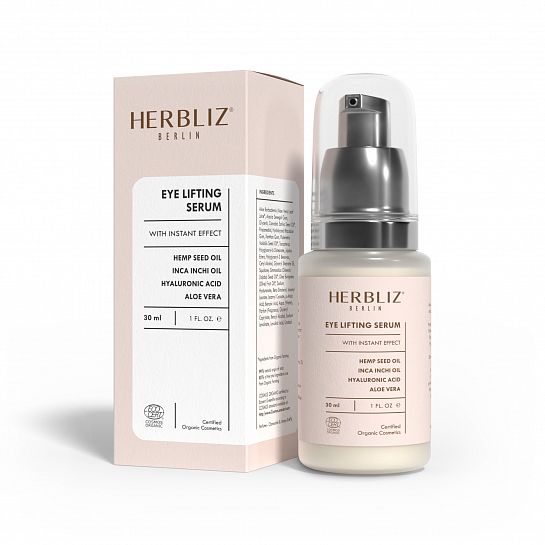 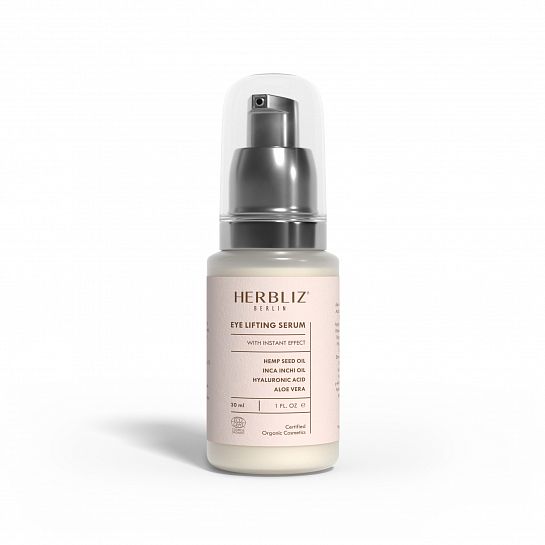 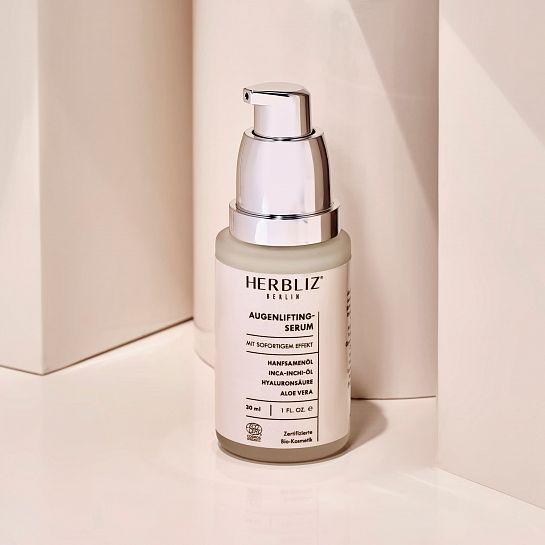 Apply one drop of the serum with your fingertips. One small pump is enough for both eyes. Then gently pat the serum around the eyes. Be careful not to get the serum too close to the lashes and tear ducts.

If you want to apply make-up, wait a few minutes until the HERBLIZ Eye Lifting Serum is completely absorbed. Can be used both during the day and in the evening. 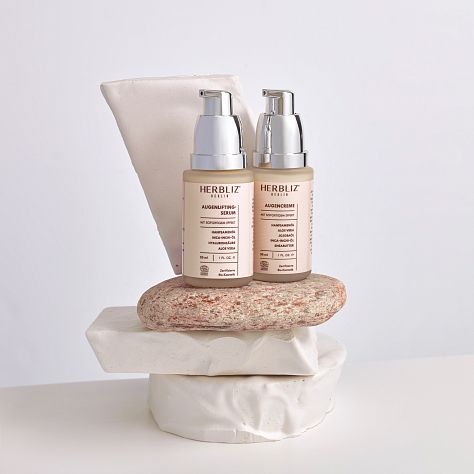 A light yet intensely nourishing eye serum - ideal for the morning skincare routine. The HERBLIZ Eye Lifting Serum with nutrient-rich organic hemp seed oil in combination with moisturizing aloe vera and olive oil naturally cares for the sensitive skin around the eyes. Our serum also contains jojoba oil and sacha inchi oil, which provide essential vitamin E to help protect the skin around your eyes from oxidative stress. A light and effective formula for those who don't want to give tired eyes a chance! The ingredients of the serum are Cosmos organic certified.

Did you know? Rhizobian gum is formed from microorganisms in the root zone of desert plants. The plants use the rubber-like gel to enclose their roots and protect themselves from drying out so that they can survive without water for a longer period of time. In Senegal in Africa, the inhabitants have been using rhizobian gum for ages to treat skin wounds and for skin care. The strengthening gel not only protects the roots of desert plants from moisture loss, but also human skin.

Glycerin: Is a natural moisturiser. Glycerin is a natural component of the skin's so-called Natural Moisturising Factor (NMF), which means that glycerin helps to transport moisture into the skin and bind it there.

Sodium Levulinate: Improves the appearance of dry and/or damaged skin by reducing flaking and restoring suppleness. 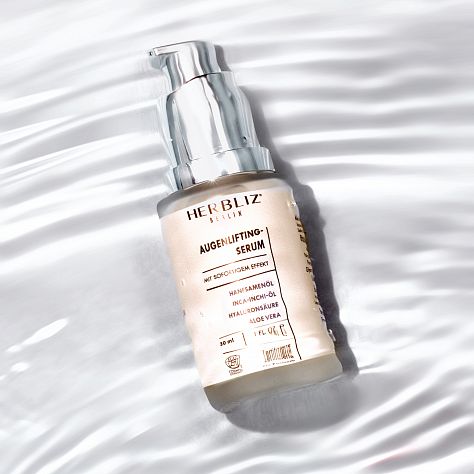