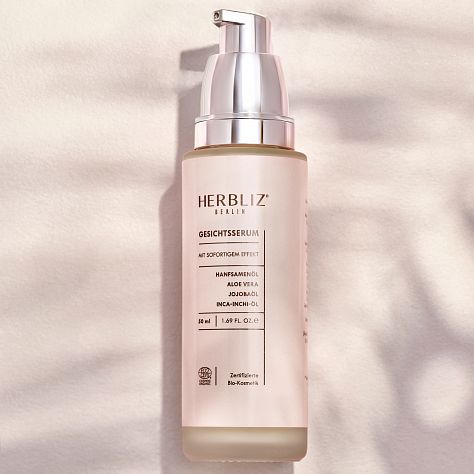 This oil serum will literally be soaked up by your skin and gives it a healthy, beautiful radiant glow without leaving a greasy film. HERBLIZ Instant Effect Face Serum is designed for all skin types. It not only reduces dryness, but also provides your skin with important antioxidants and restores its radiance.

Hemp seed oil and sacha inchi oil help protect your skin from daily stressors. Enriched with certified organic jojoba oil, olive fruit oil and aloe vera, your skin will be richly nourished and velvety soft. The sodium salt of hyaluronic acid balances the moisture content of your skin and reduces water loss. The HERBLIZ Instant Effect Face Serum is the perfect all-rounder for the daily extra portion of glow!

The ingredients of the face serum are Cosmos organic certified.

Apply approx. 1-3 drops of the serum to the already cleansed skin on the face, neck and décolleté. Then apply a facial oil or moisturiser of your choice.

Can be used both in the morning and in the evening.

Did you know? Rhizobian gum is formed from microorganisms in the root zone of desert plants. The plants use the rubber-like gel to enclose their roots and protect themselves from drying out so that they can survive without water for a longer period of time. In Senegal in Africa, the inhabitants have been using rhizobian gum for ages to treat skin wounds and for skin care. The strengthening gel not only protects the roots of desert plants from moisture loss, but also human skin.

Jojoba Esters: Jojoba oil esters have a pleasantly light texture that helps the skin to quickly absorb the extremely nourishing and moisturising ingredients.

Organic Aloe Vera Leaf Extract: Contains vitamins A, E, C and B12. Is extremely moisturising and nourishes the skin.

Squalane: Is a skin-own, natural moisture preserver and is even one of the main components of the skin's lipid film. It provides a pleasantly soft skin feeling and is particularly well absorbed by the skin.

Beeswax: Provides a natural protective barrier thanks to its highly antioxidant properties and also contains a lot of vitamin A.

Organic Jojoba Oil: Contains vitamins E, A and B6, which help reduce oxidative stress. It also helps to increase the moisture content of the skin without being greasy. It is therefore good for dry, stressed skin and hair.

Glycerin: Is a natural moisturiser. Glycerin is a natural component of the skin's so-called Natural Moisturising Factor (NMF), which means that glycerin helps to transport moisture into the skin and bind it there.

Sodium Levulinate: Improves the appearance of dry and/or damaged skin by reducing flaking and restoring suppleness. 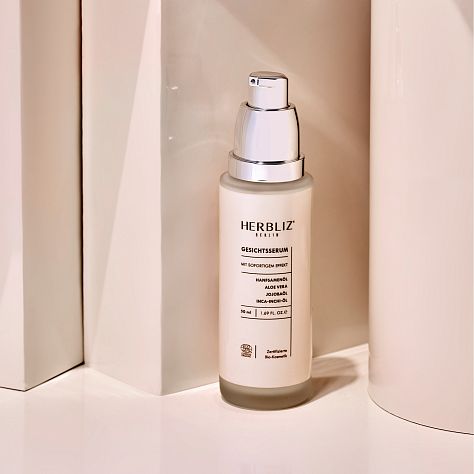 Sleep Relax Focus
Several % & quantities
from €32.00
€320.00 / 100 ml
Subscribe for our newsletter and receive 10% discount on your 1st order!
We keep you updated...
Discover our HERBLIZ Shops
In our HERBLIZ Shops in Berlin and Hamburg, you can find a large selection of our natural wellness products. Our expert team will be happy to help you find your new favourites. In a relaxed atmosphere you can test out all our different CBD oils, vapes and cosmetics. We are looking forward to your visit! 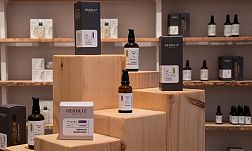 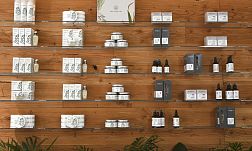