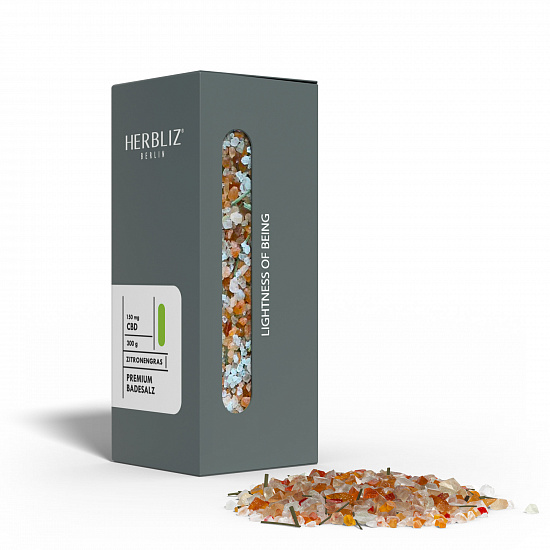 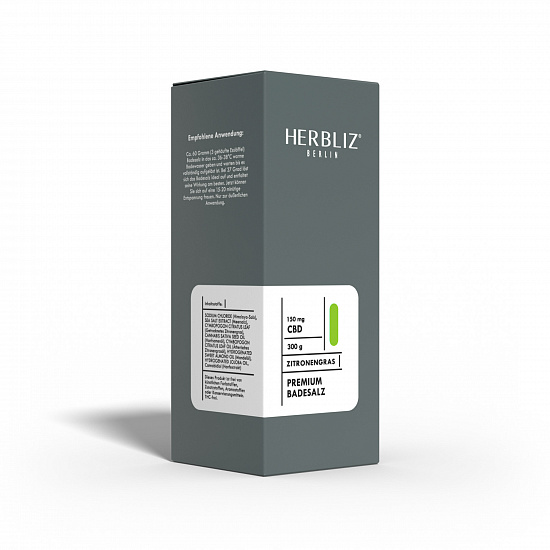 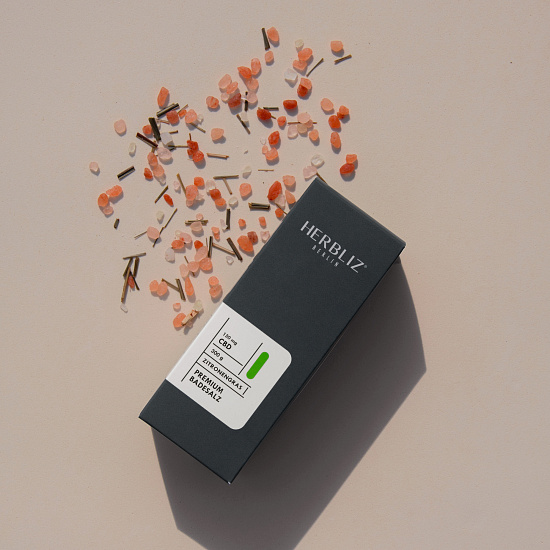 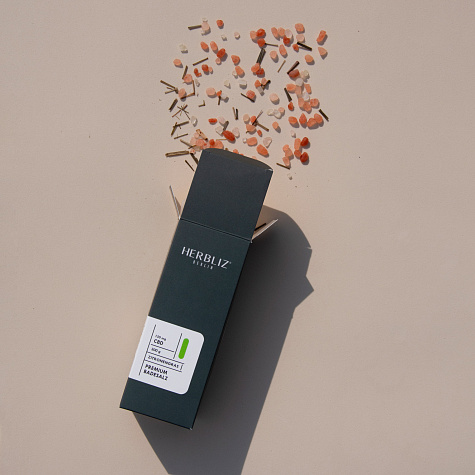 The tangy, fresh-smelling HERBLIZ Lemongrass CBD Bath Salts contain the perfect composition for a revitalising full bath. The dried lemongrass leaves not only refresh your senses, but the vitamins and the highly potent adaptogen CBD also help to protect your skin from oxidative stress. The magnesium in the salt provides your skin with the ideal minerals and also helps to remove old skin flakes. At the same time, the moisturising jojoba and almond oils intensively nourish your skin. A full load of fresh energy to recharge your batteries after a long day!

Pour warm water into your bathtub, 36 - 38°C is ideal. Add approx. 60 grams of the bath salt - this corresponds to approx. 3-4 heaped tablespoons. Then lie down comfortably in the full bathtub and feel how the lemon scent revitalizes you. After 15 to 20 minutes, you should feel revitalised and your skin supple.

Extra Tip: Take advantage of the relaxation and pamper yourself while bathing: whether a soothing face mask or a hair treatment – use the time to your heart's content to let other HERBLIZ cosmetics take effect. And a relaxed self-care ritual is also a good idea after the bath.

Lemongrass Oil: Has an intense, fruity-fresh scent and is often used in aromatherapy. Contains valuable vitamins and antioxidants.

Nowadays, up to 300,000 tons of almonds are harvested annually in sunny California alone, which corresponds to about 50 percent of the world's demand. Our almond oil, which comes from the ripe fruit of the almond tree, is, therefore, a wonderful all-round talent that has been valued for thousands of years and has been enjoying increasing popularity in the beauty industry for some years now.

Jojoba Oil: Contains vitamins E, A, and B6, which help reduce oxidative stress. It also helps to increase the moisture content of the skin without leaving a greasy residue. It is therefore well suited for dry, stressed skin and hair. 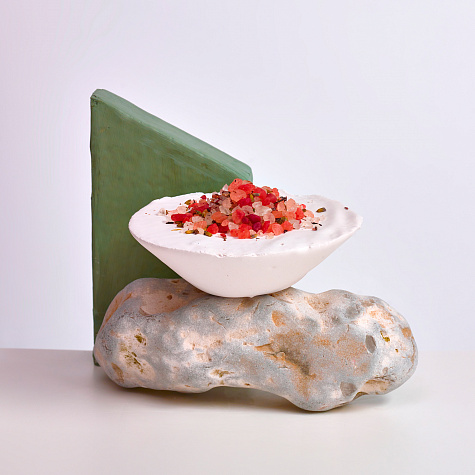 Add to cart
Subscribe for our newsletter and receive 10% discount on your 1st order!
We keep you updated...
Discover our HERBLIZ Shops
In our HERBLIZ Shops in Berlin and Hamburg, you can find a large selection of our natural wellness products. Our expert team will be happy to help you find your new favourites. In a relaxed atmosphere you can test out all our different CBD oils, vapes and cosmetics. We are looking forward to your visit! 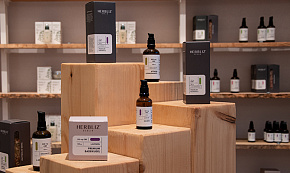 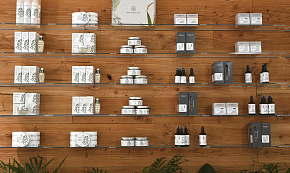