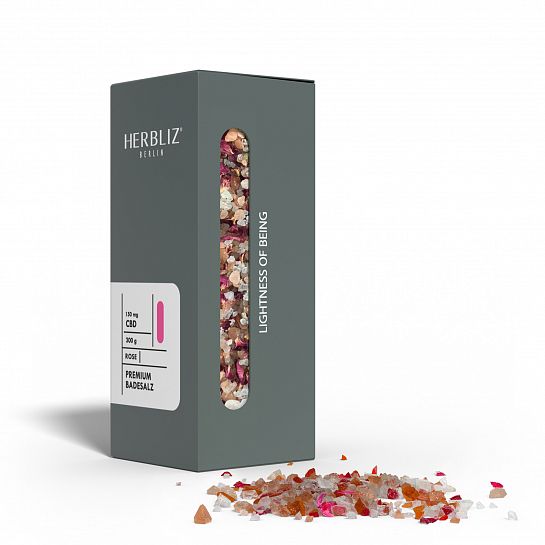 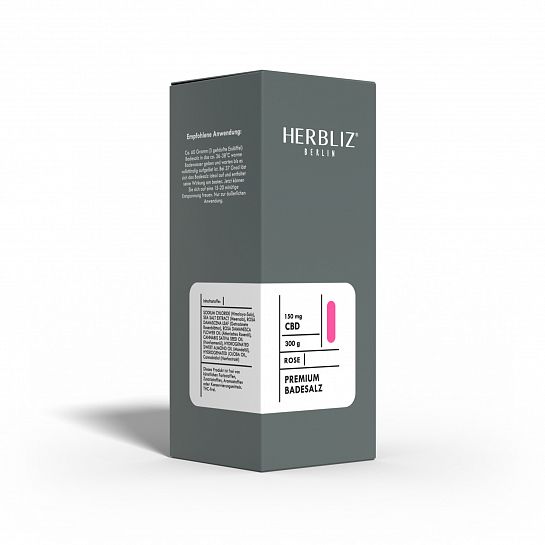 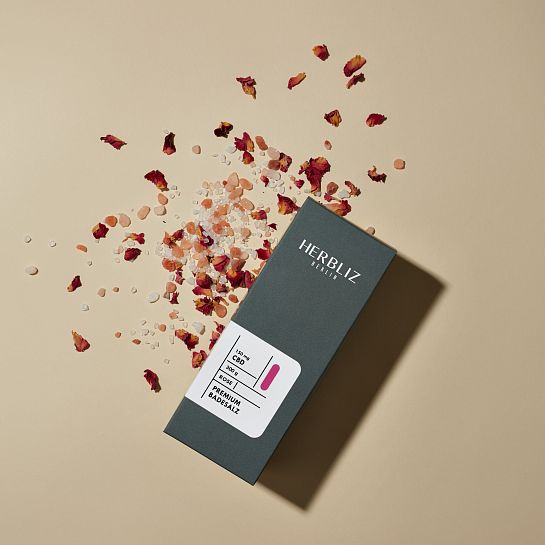 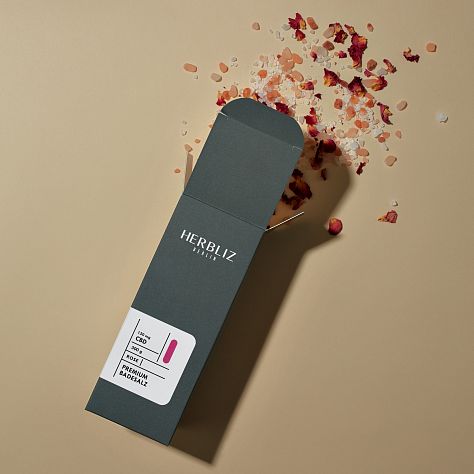 The epitome of romance and sensuality: bathe in real rose petals with our HERBLIZ Rose CBD Bath Salts! The highly effective ingredients such as rose petals, jojoba and almond oil provide valuable antioxidants and supply your skin with omega 3 and 9 fatty acids, vitamin E and linoleic acid. The premium hemp seed oil and CBD also provide a protective layer of potent antioxidants to fight inflamm-aging and free radicals. Switch off from stressful everyday life and treat yourself to a relaxing bath full of romance with the unrivalled beauty blossom!

Pour warm water into your bathtub, 36 - 38°C is ideal. Add approx. 60 grams of the bath salt – this corresponds to approx. 3-4 heaped tablespoons. Then lie down comfortably in the full bathtub and feel the sensual scent of roses envelop you. After 15 to 20 minutes, you should feel revitalised and your skin should be soft and nourished.

Extra Tip: Take advantage of the relaxation and pamper yourself while bathing: whether a soothing face mask or a hair treatment – use the time to your heart's content to let other HERBLIZ cosmetics take effect. And a relaxed selfcare ritual is also a good idea after the bath.

Rose Petals: Contain omega 3 and 9 fatty acids and linoleic acid, which moisturise the skin and thus protect it from drying out while making it soft and supple.

Fun Fact: Today, more than 16,000 different rose species are known worldwide. The all-time favourite among the roses is the Damask rose, which has been cultivated since ancient times. This species, which originates from the Near East, has been used for centuries to distil its highly fragrant rose water and rose oil. Because of its incomparable fragrance, the Damask rose is also known as the queen of flowers. In aromatherapy, the scent of roses is used to restore inner balance, and it is also said to have an effect as an aphrodisiac.

Rose Geranium Oil: A feminine, sublime fragrance that lies between the sweetness of rose and the sharpness of bergamot.

Jojoba Oil: Contains vitamins E, A and B6, which help reduce oxidative stress. It also helps to increase the moisture content of the skin without leaving a greasy residue. It is therefore well suited for dry, stressed skin and hair.