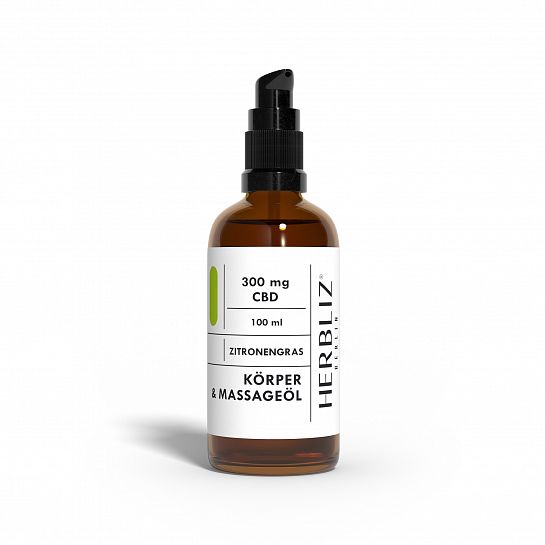 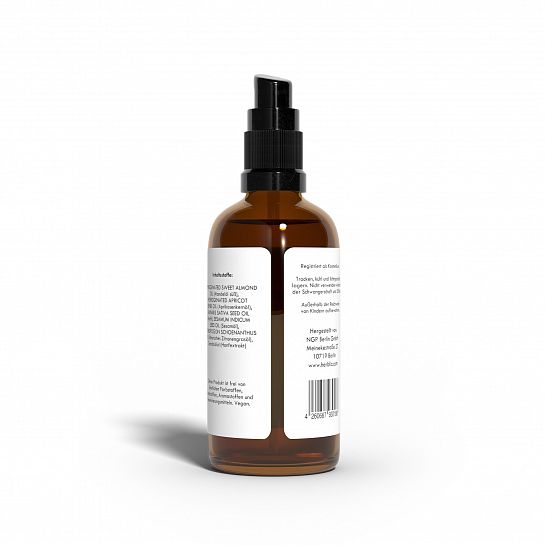 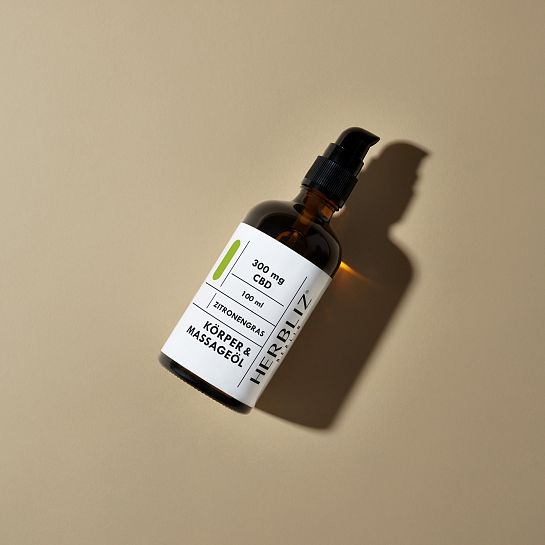 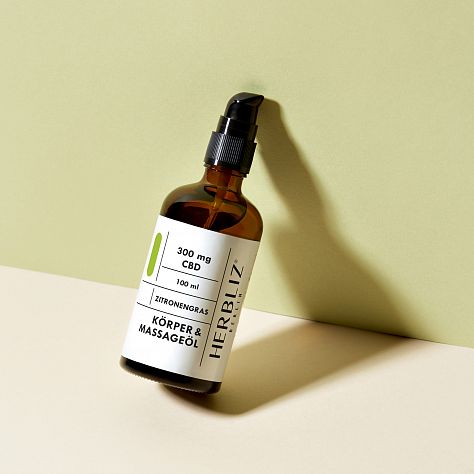 The tangy-fresh scent of HERBLIZ Lemongrass CBD Massage Oil revitalises your body and mind. The lemongrass oil, in combination with nourishing oils such as sweet almond oil, mild apricot kernel oil and nourishing sesame oil, provides your skin with intensive moisture and natural vitamin E. Added to this are the highly antioxidant hemp seed oil and CBD, which together soften your skin. Our massage oils contain neither perfume nor other artificial additives and are therefore ideal for body care and massages.

Lemongrass Oil: Has an intense, tangy-fresh scent and is often used in aromatherapy. Contains valuable vitamins and antioxidants.

Sesamseed Oil: Sesame seed oil: Rich in vitamin E and linoleic acid, which nourish the skin. Furthermore, sesame oil contains stearic acid, which is a natural component of the skin barrier. In cosmetic products, it stabilizes the overall formula and ensures an even distribution of ingredients. 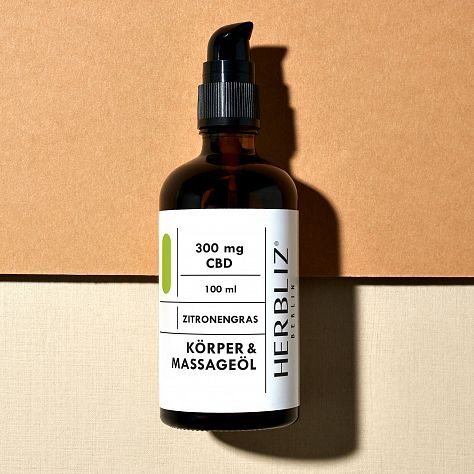